I received the following email from one of my insiders. Message has been slightly edited.
_________

I just got an automated call urging people to go out and vote. The fellow on the line started his recorded message in thick chassidish Yiddish:

Mr. Hollendar, who was part of an upstate racketeering scandal went on to say that Eric Shneiderman is the best candidate as he has promised to help heimishe prisoners.

He finished by saying that voting for Ahhhhrikkkk is mamesh pidyon shevuim (definitely the same as rescuing captured prisoners) and closed with a blessing that all listeners not have "legale" problems.
_________

You can not make this stuff up. Who but a Hasidic political machine would trot out a convicted fruadster to endorse a candidate.  What does it say when one of the community's top issues is special treatment for jail birds? In any other community Chaim Hollander would be a pariah. In this world, he's a celebrity who can speak authoritatively about the candidate most likely to provide the next Hasidic crook with privileges and protections. The local political machine recorded this message because they understand their audience. Other communities want the top lawyer to chase criminals. In the upstate Hasidic enclaves, they want the very opposite. You can draw your own conclusions about what this says about the morality of the place, and I encourage you to think twice before falling over an upstate Rebbe the next time he visits your neighborhood with his hand out.

And, here's your thought experiment for the day: What would the bigots in your shul say if Harlem residents were getting calls from "Leroy Brown", convicted drug dealer, who, with a thick ghetto accent, solicited support for Shneiderman on the grounds that he'd make things easier for heimishe, I mean gangbanger, prisoners? How is this different?

Search for more information about Eric Shneiderman at 4torah.com.
by DovBear at 7:37 AM 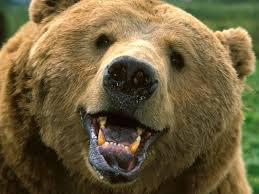