While not as incendiary as the recent “Where’s Hilary” episode, this is an interesting example of censorship. In some ways, it may even be more disturbing. 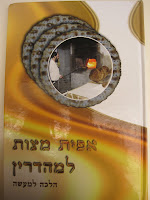 Afiat Matzot LeMehadrin (“Mehadrin (or Stringent) Matza Baking”) is a recent Hebrew book on the subject of Matza baking. Essentially, it is a pictorial Halacha book that elaborates on the various steps involved in high-end Matza baking. Along with a special blessing from R. Chaim Kanievski, it has Haskamot (approbations) from numerous other Rabbis, including R. Chaim Pinchas Scheinberg and R. Moshe Halberstam.

The censorship comes in the form of two pictures. The first is that of a man inspecting wheat in the field. The pictures may not do justice to the ham-fistedness of the touch-up, but his beard has been clumsily elongated with black marker, and his glasses have been modified as well, apparently to add or darken the rims. Artificial hair is notoriously difficult to render graphically, and suffice it to say that the artist has not moved this discipline forward. 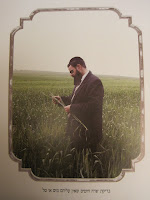 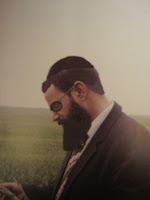 The second picture is of a man working the dough. While his glasses apparently passed muster, his beard has undergone considerable, and hilarious, augmentation. 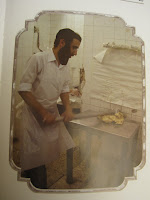 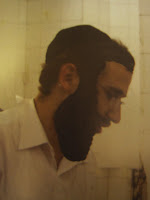 In both cases, the touch-ups are present in the original work, and book was not defaced (refaced?) after the fact. Note that these are not secular folks that are being Charedi-fied for the purposes of this book. Rather, these are individuals who, even pre-makeover, would be identified as Ultra-Orthodox without a doubt.

An explanation for the censorship may lie in the following story, which is included in the book. Free translation follows: 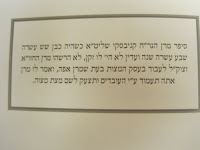 R. Chaim Kanievski recounted that when he was 16-17 years old and still beardless, the Chazon Ish did not permit him to participate in the actual baking of the Matza. Instead, he was relegated to standing beside the (presumably bearded) workers and calling out “L’Sheim Matzos Mitzvah” (“For the Purpose of the Commandment of Matza” – so as to ensure that the Matzot were baked with the proper intentions).

It is unclear whether the Chazon Ish’s preference for bearded Matza bakers relates to the intrinsic significance of a beard, or whether the beard was a proxy for maturity or something else. Still, what is the author trying to accomplish here?


Click here to learn about how you can sell your products on Amazon and receive $75 in free clicks
by DovBear at 10:45 AM

Victory won¡¯t come to me unless I go to it.