A Guest Post by Shoshanna Jaskoll
[Cross posted on Life in Israel. Reprinted here with the author's permission.]

Hi, its me, Woman. It’s... been a while. And even longer since we frolicked in the garden of Eden, huh? Was nice back then... before you told me that God said not to touch the tree, but actually, what He said was not to eat from the tree…


But I digress. When the snake proved that I would not die by touching the tree, I thought perhaps you had misunderstood, that the message somehow was incorrect. For you would never mislead me. 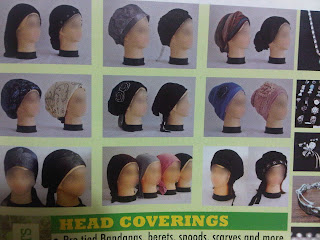 But, how to show you? So, I took of the fruit and gave you to eat too... and then, the world went black.

It was then that you revealed that the prohibition had been against eating from the tree and not as you had taught me, from touching the tree. You told me that we had just betrayed our Creator.

I wanted to die. I didn’t understand why you had told me something false; something that was not commanded of us. But I had no time to contemplate, for you told me to hide and to make us clothing.

And then He searched for us- called out and asked where you were. And you did the one thing I could never have expected.

You betrayed me- and as you did the world changed. The garden, so green and glorious, dulled to a shadow of what had been. The vibrant cobalt sky paled in shame of your act. The Earth hardened herself against you. 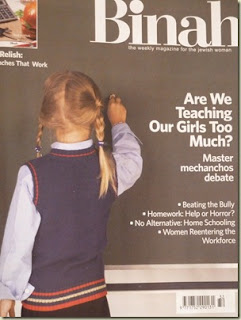 I was your other half, the being you longed for, the only other person in the entire universe. And yet, you screamed out:

‘The woman you gave me- She made me eat!’

I can still hear that scream; it resonates in my soul and in the pieces of my heart.

And it reaches through the years and translates into Yiddish, in the Pashkevilles plastered on the streets, in the tomatoes, eggs and stink bombs thrown at my daughters.

It’s the women! The women are our downfall!

You are still screaming. And I am still hurting.

I have watched over the years as slowly, my daughters have gotten out from underneath the shame of the sin you foisted upon me. I have seen them grow more educated, more respected, and more successful in all fields.

They contribute so much to the world. 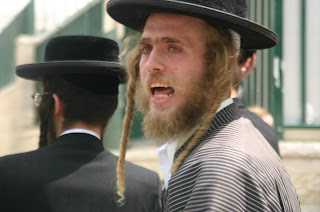 I will not allow you to take that from them, to make them feel shame, to hide their accomplishments to throw YOUR sins upon their shoulders.

It has been said that in secular law men have rights, but in Judaism men have responsibilities.

You see, according our Creator’s actual word each of us must fulfill our obligations

Man, it is your responsibility to fulfill your commandments and to not transgress your prohibitions.

It is upon you to ensure that you fulfill your obligations. 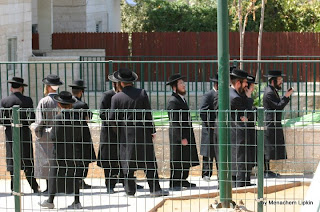 It is not your right to insist that others fulfill theirs.

It is not our obligation to arrange our lives, dress and behavior according to your warped and distorted interpretation of Gd’s word.

You are erasing my daughters from the society in which they were born and belong. You blur them from pictures, refuse them the right to go to school in peace and persecute them for your failings.

We are to cover up- to be modest lest you sin because of us. And yet, when this modesty infringes on your pleasure, a witch hunt ensues. 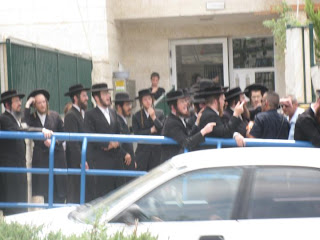 You scream our sins from rooftops as you hide behind dirty diapers. You harass my daughters off of buses. You cut off their voices to make yourselves more comfortable.

But who holds you accountable, Man?

My daughters are stronger than I was. They are not so naïve. They no longer rely on your interpretations to tell them how to act.

We are educated. We are wise. We are proud.

We will not let you shame us again.

Gd gave us free choice. It is not yours to take away


Search for more information about modern midrashim at 4torah.com
by DovBear at 8:57 AM