A Guest Post by Rafi G.(originally posted on LII) 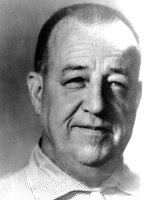 While Jonathan Pollard has yet to receive the commutation of sentence from President George Bush that many of us are hoping for, an interesting pardon was given today.

President Bush pardoned Charles Winters, a man who died 25 years ago. He served 18 months in prison for smuggling weapons to Jews in Palestine in the late 1940s when they were trying to form the State of Israel.

According to the Machal Virtual Museum, "Charlie Winters, 38, a Miami businessman, sold Haganah supporters three World War II B-17s that he had been using to haul fruit and vegetables from Puerto Rico. These would become the only three heavy bombers in the Israeli Air Force. Winters, a Christian, was convicted of violating the Neutrality Act and sentenced to 18 months in a federal prison. He was the only American actually jailed for defying the embargo. After his death in 1984, his remains were transferred to Israel for burial in the ancient Templars Cemetery in Jerusalem."