Have you found this mattress?

The story of the lady in Israel who wanted to surprise her mother with a nice gift but ended up causing a disaster has been picked up by news media all around the world, even CNN.

She bought her mother a new mattress and threw out the old one, hoping to surprise her mother. When dear mother came home and saw the new mattress, she freaked out, as she had been socking away her life's savings in her mattress - to the tune of $1,000,000!

Needless to say, the mattress by then was gone and they could not find it.

The story stopped there, with a nice quote from the daughter about how one must accept the good and the bad.

The story, however, does not really end there. The papers and radio discussed the situation with her. She has not given up and accepted the bad. She is looking for the mattress and money. 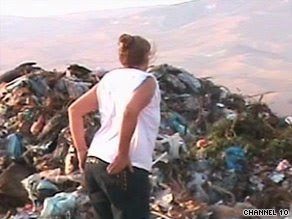 She has gone down to the dumping ground for the area, where the municipalities dump all the trash, and she has been searching for it. Knowing people would come looking for it, the administrator placed security guards there to keep them out. Unable to find it, but still looking, the woman said dejectedly that she probably will never find it - a security guard told her that had he found it he would just have pocketed it, walked away and not said a word to anybody, and she realizes that that is probably what happened.


There are two questions this raises in my mind:
I actually wonder about the first question more than the second. I think I would like to believe that if I found it I would return it. But $1,000,000 is a pretty big test....

Search for more information about [topic] at 4torah.com.
by Rafi G. at 7:22 AM